The Alexan - A Case Study 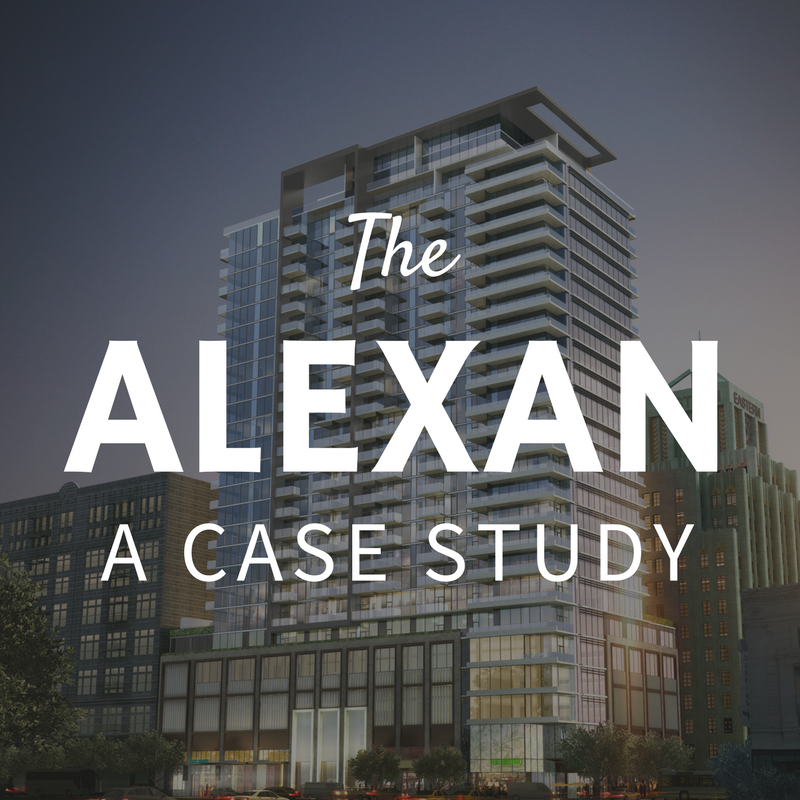 BridGE created a new winning formula for helping developers across the country save time and money during the daunting entitlement and approval process.

Like much of the country, Los Angeles is in the midst of an acute housing crisis. The demand for new units far outstrips the supply, and prices continue to rise. As a lifelong Angeleno, BridGE President and CEO Josh Gray-Emmer knows that the only solution is more units of all types arriving on the market as fast as humanly possible. However, obstacles abound. From archaic zoning requirements to abusive lawsuits and selfish anti-gentrification NIMBYs, the solution oftentimes seems out of reach.

Josh knows that the majority of Los Angeles residents feel the same way that he does about the need for housing, but he also knows that it’s much easier to be against something than for it. “70% of Angelenos voted against a devastating ballot measure that would have shut down construction in the entire city - so I know The City in general is pro-development, but it’s the vocal minority of anti-development NIMBYs that show up at City Hall and ruin it for everyone else.”

The Alexan, a 40 story residential tower by seasoned developer Trammell Crow Residential, had all of the same challenges associated with any construction project in Los Angeles, with one more added to the mix, a very angry, well funded, and well organized next door building who would do whatever it took to stop the project, including resorting to misinformation, delay tactics, and lawsuits. 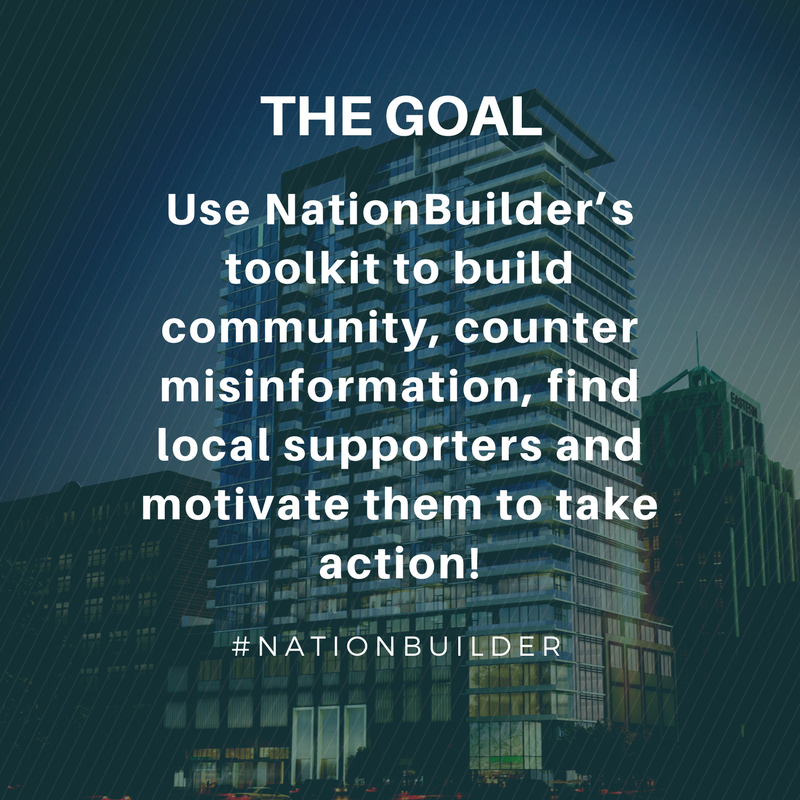 The solution to The Alexan’s problem was simple, community organizing. Working directly with the building owners, BridGE came up with a strategy to utilize NationBuilder’s powerful tools to counter opposition, build support and drive local residents to take action.

The first step, a clean and intuitive website on the NationBuilder platform, geared towards thanking the community for their continued support and encouraging them to give their information and share with their friends. These simple actions activated the power of the NationBuilder people database, allowing the BridGE team to track both support and opposition, and rank users by priority level based on actions taken (liking, sharing or commenting on social media, attending a supporter event, signing a support card, sending a letter to their local representative etc.).

The next step was to isolate the opposition by using info gleaned from the NationBuilder people database to serve Facebook ads to their friends and family attacking their selfish position. While BridGE knew they couldn’t change their minds, they wanted to make it embarrassing to speak publicly against a project like The Alexan that was good for the neighborhood. It worked! Slowly over the course of a year, fewer and fewer opponents showed up or voiced their opposition as it got closer to the finish line (usually the opposite is true of coordinated opposition, it grows as the hearings approach).

However, slowing the opposition wasn’t going to be enough. True success was always going to be dependent on REAL community building and not just social media ads. To this end, BridGE set up a series of supporter events at local venues and used NationBuilder’s email blasting and text messaging features to notify the neighborhood and stay in touch afterwards. 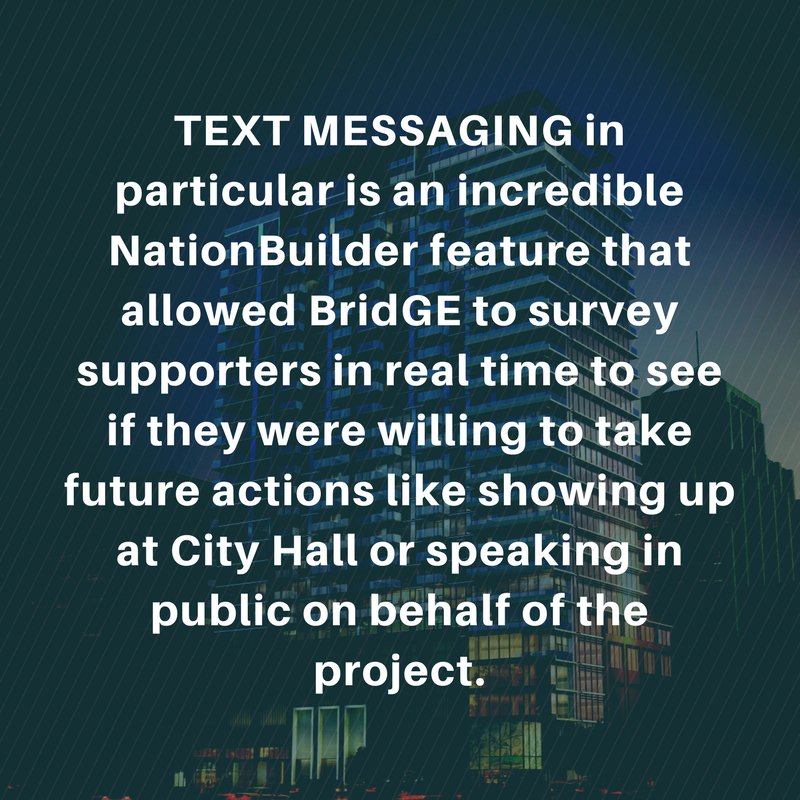 Finally, to drive it all home, BridGE presented a huge map at the final City Hall hearing. Created with NationBuilder, it showed all of the supporters (from the entire neighborhood) and all the opposition (concentrated around one building) making clear in a highly effective and visual way, that local voters supported The Alexan 10 to 1.

The framework that BridGE developed for using the NationBuilder platform to build community, drive support, and counter opposition is now being used on behalf of teams at DLA Piper, Crescent Heights, Harridge Development, Champion Real Estate and many more across the country to make the entitlement process smoother and more cost effective for everyone involved.